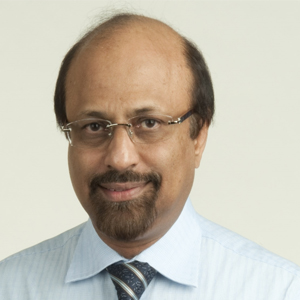 The biochemical and physiological mechanisms involved in fertilization

In mammals, sperm emerging from the male reproductive tract are incapable of fertilizing egg; however, they acquire this ability during their journey in the female reproductive tract. This prerequisite conditioning is called capacitation and it is one of the key events that regulate fertility. A part of this process involves loss or modification of surface components acquired by sperm during epididymal maturation and their contact with seminal plasma. We have isolated and characterized a family of proteins from bovine seminal plasma (BSP), which are added to sperm during ejaculation. Our studies have demonstrated that these proteins are essential for capacitation and are ubiquitous in mammals. Sequences homologous to BSP proteins have been identified in human and mouse genomes. Two homologous cDNA sequences in mouse and one in human have been cloned and their specific expression (mRNA) in epididymis has been shown. To study the functions, mouse and human BSP homologous proteins have been expressed in bacteria and purified. It has been shown that these proteins have several binding characteristics in common with their homologs previously studied and may also promote sperm capacitation. We are now interested in whether the deletion of these proteins in mouse (CRISPR/Cas9 gene-editing

technique) may have an effect on fertility and whether defect in this protein could be a cause of infertility in men. These studies may lead to a better understanding of the mechanisms involved in fertilization and identification of an important factor for human fertility.

Over the past 70 years, egg-yolk and milk have been routinely used in both liquid semen extenders and those used to cryopreserve sperm. However, the mechanism by which egg yolk and milk protect sperm during liquid storage or from freezing damage is unknown. Thus, our laboratory is studying the mechanisms involved in sperm protection by milk and egg yolk. We discovered that a group of phospholipid-binding proteins (PL-BP), which are detrimental to sperm, are added to sperm at ejaculation. Interestingly, these detrimental factors bind caseins/whey proteins and low-density lipoproteins found in milk and egg yolk respectively. This interaction appears to reduce lipid loss from the sperm membrane, thereby preventing membrane damage during storage and preserving the sperm functions (motility, viability and acrosomal integrity). In future studies we would like to further characterize the interaction between PL-BPs and milk/egg yolk components and develop novel sperm storage medium free of biological products for commercial application.